While HID tech peaked years ago, Morimoto is still coming out with the good stuff for the retrofitters who believe Bi-xenon is best! Frankly, being the more mature technology relative to LED, that is hard to argue against. That being said, the Morimoto Micro D2s 5.0 serves as the grand finale of Bi-Xenon-based retrofitting projectors.

The Micro D2s has been sitting on Morimoto’s development shelf since 2017. They were unsure as to where it sat in the lineup until the community spoke up in need of a smaller version of the popular Morimoto D2s 5.0. Thus, the Morimoto Micro D2s 5.0 was born.

That being said if you need a project the size of the Mini H1, but do not mind boring a bigger hole in the back of your headlight reflector. The Micro D2s is definitely a solid option for you. Unfortunately for those right-hand drive enthusiasts, the Micro D2s is only available in left-hand drive as of right now. 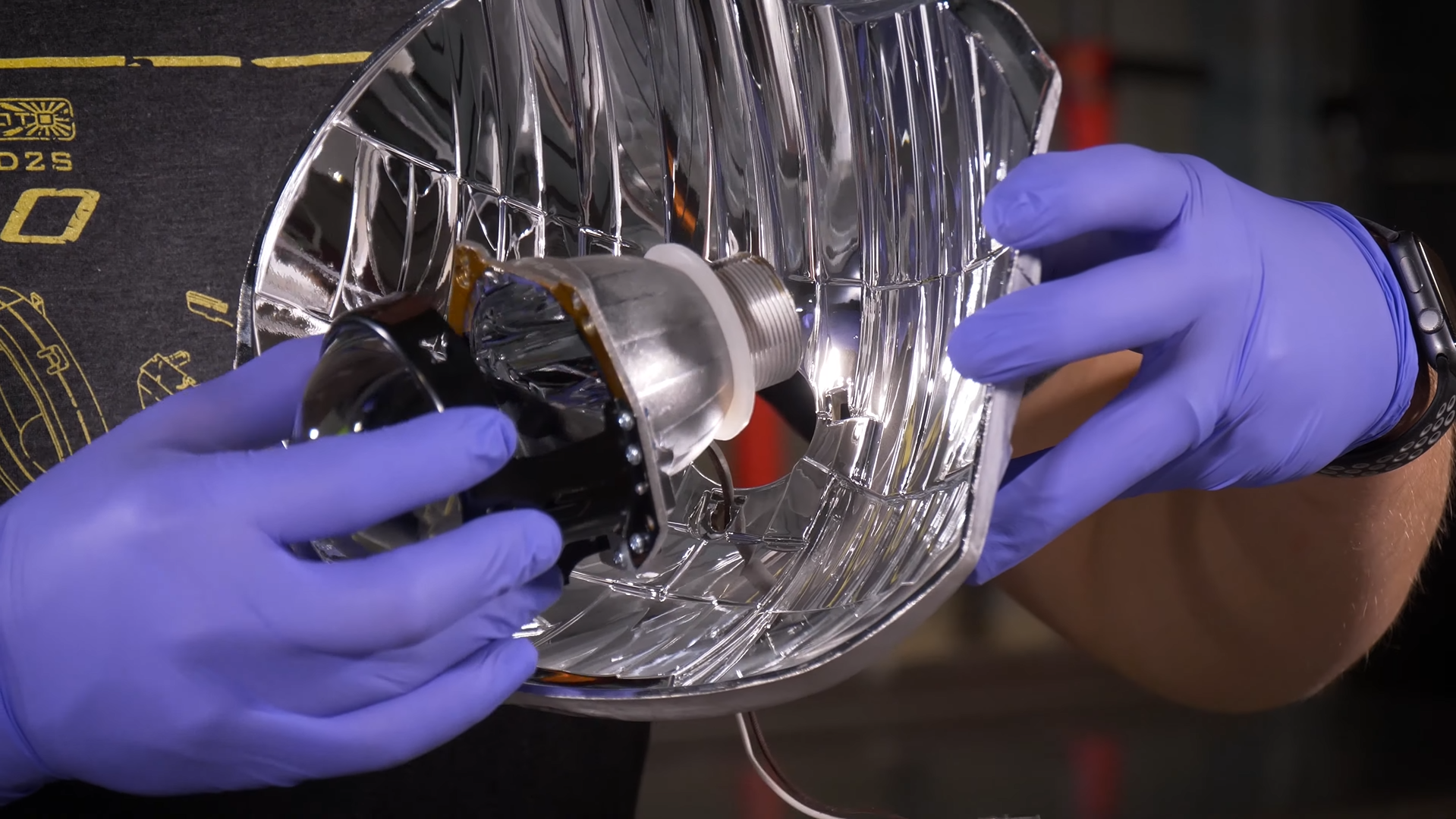 With decades of experience in the projector game, the beam pattern is perfectly distributed with a natural gradient of intensity down to the foreground, and the high beam is hard to beat. The Micro D2s is closer to the D2s 5.0 thanks to a more industry-standard D2s bulb fit. The cut-off is about as crispy as it gets. 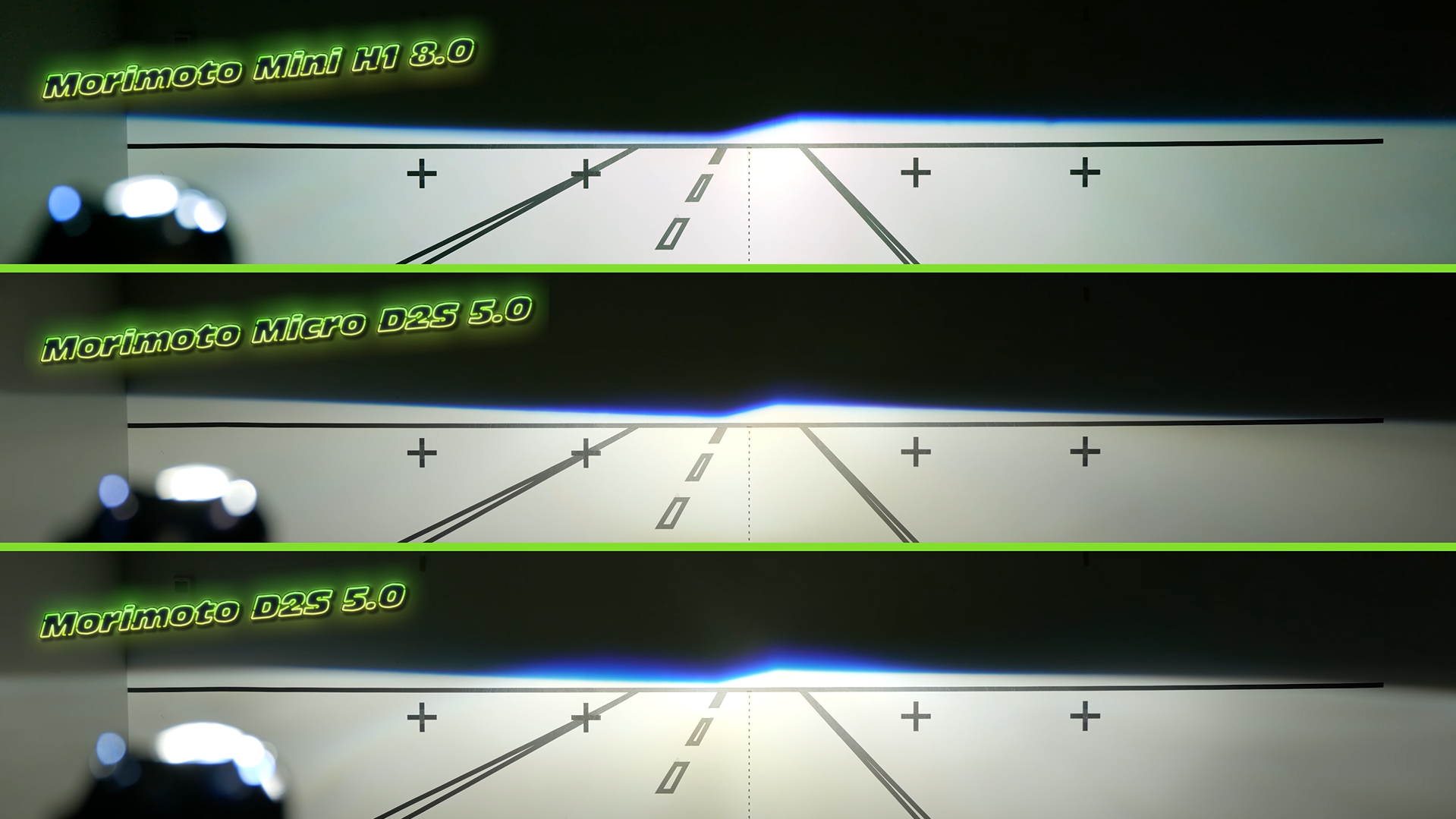 Regarding the high beam pattern, the Micro D2s takes its pattern from the Evo X-R. It is a classic, Hella-style tabletop beam. It is super powerful and very effective when driving in the middle of the night. We even argue that is more effective than its big brother in that department. 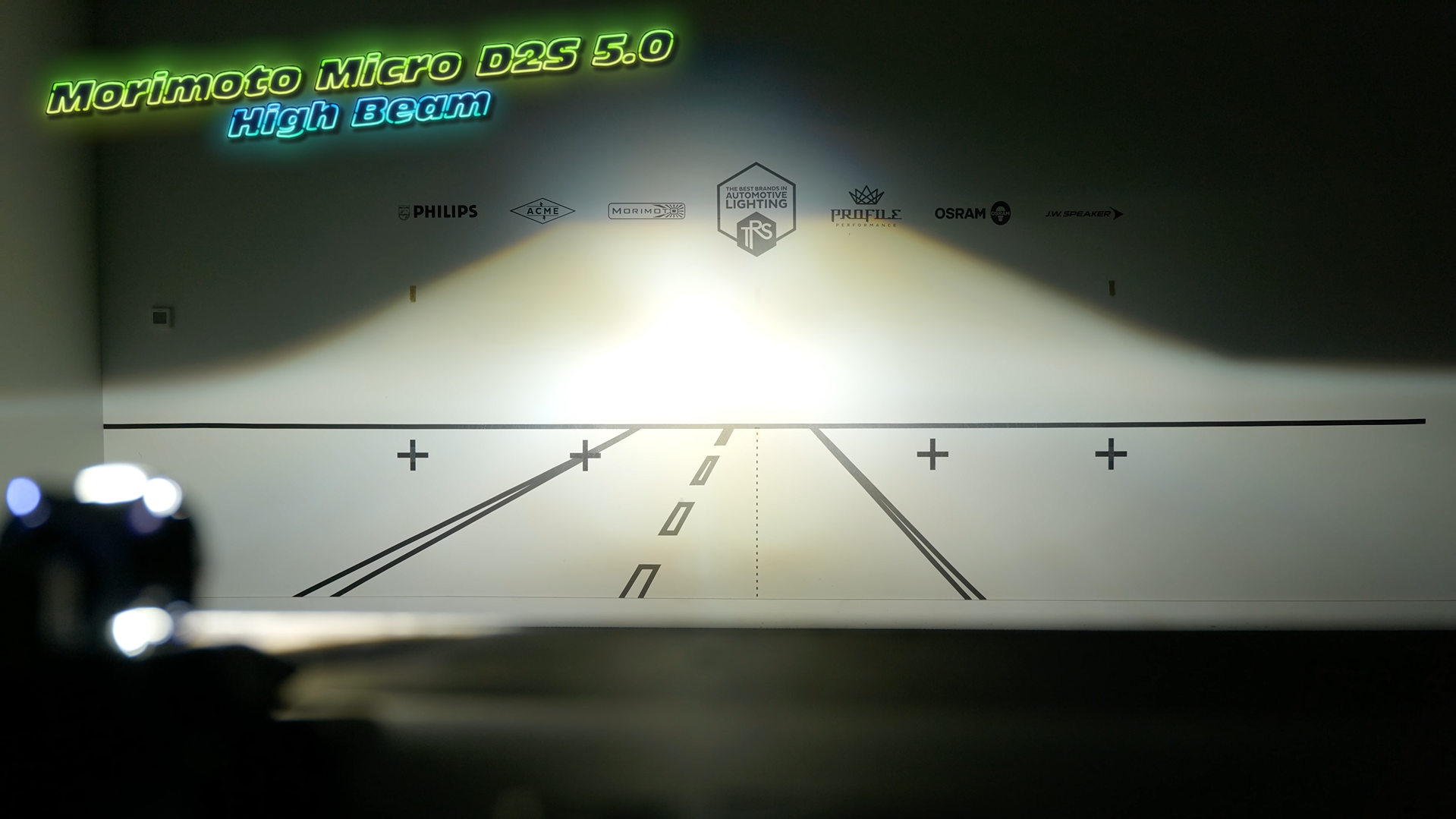 Lastly, this projector is a Bi-Xenon projector. This means that it has a mechanical shield inside that drops out of the way to expose more light for your high beam.

The Micro D2S 5.0 comes standard with the MotoHolders: which were originally developed for the top-of-the-line D2S 5.0. They are a one-piece design that's far easier to work with than the bulb holders found on no-name brand projectors. The CNC machined aluminum lock rings are not only pretty looking, but they're 300% stronger than the old die cast part. To tighten them, Morimoto now offers an optional lock-ring tightening tool that works with any 10mm socket set. Torx screws now hold the lens holder on too instead of Philips screws. 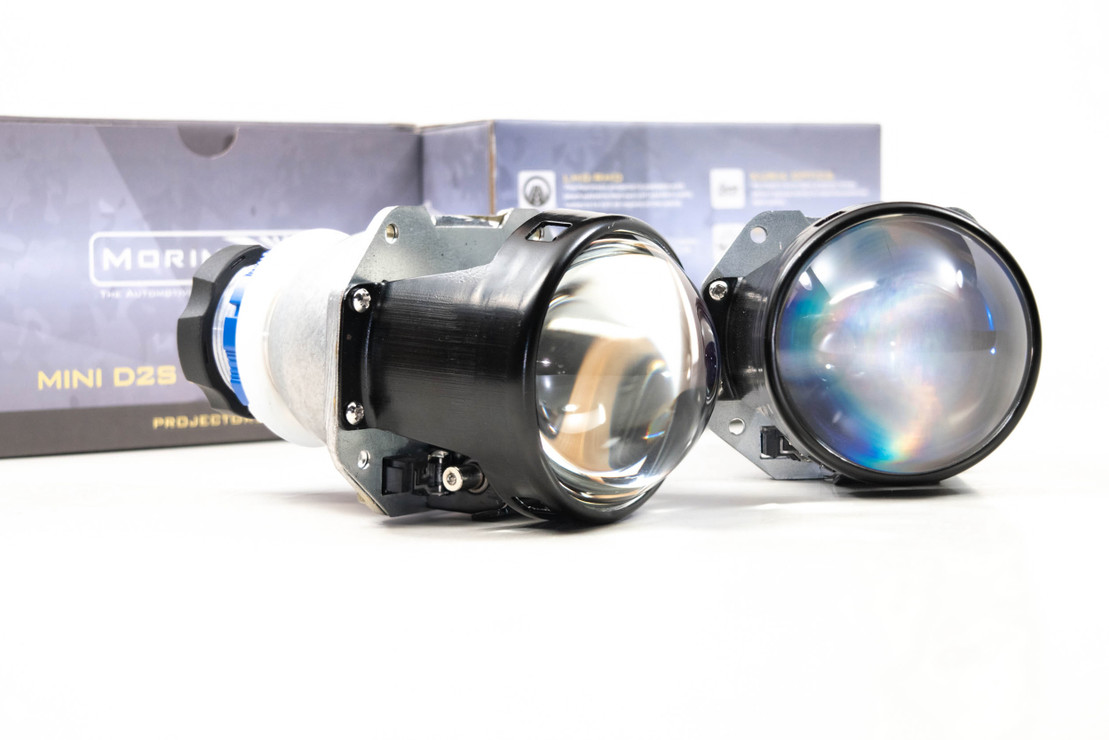