The way a halogen automotive bulb creates light is not like that of an LED version. A halogen bulb is more similar to a point-lighting type function. Other than the filament support wire shadow a halogen bulb illuminates near 360-degree full range coverage. On the other hand, a typical LED bulb configured as 2 LEDs facing out and away from each other, it is center divided by PCB and body (structural limitation per current type of LED bulb design) . This causes a problem with the quality of the beam pattern from an LED bulb replacement. One way Morimoto solved this on high beam applications with an H4 bulb is by inventing a new technology that has micro reflectors built into the shade cup over the high beam LED chipset. 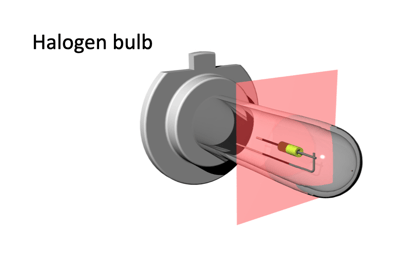 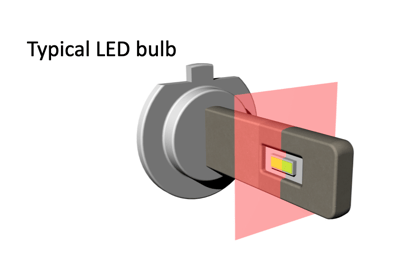 LED is a surface lighting device, typically carries Lambertian distribution. Its 50% range is around 120 degrees.

There are two types of optics commonly used for Low beams headlights: 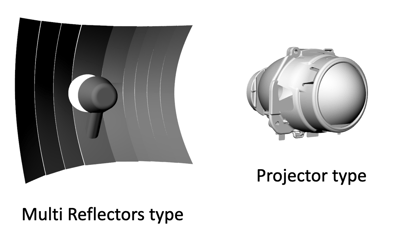 With typical LED bulb configuration, we learned that direct above illumination range is one of dead angle range.

In reflector optics, this results in a lack of proper foreground illumination, broad flood range.

In projector optics, this results in a lack of beam center intensity and center bottom foreground illumination. This tends to happen universally in any LED bulb with 2 LEDs facing out each other style of design.

The H4 dual reflector has two segments: the upper half creates a low beam with cutoff, bottom segments create the high beam. For the H4 bulb's low beam filament, to illuminate the high beam segment, the H4 bulb comes with a glare control shade shield. 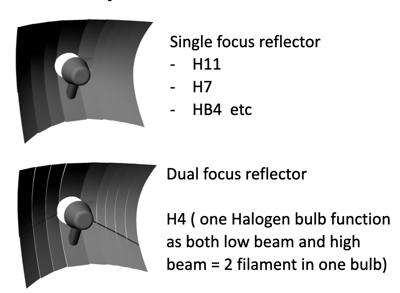 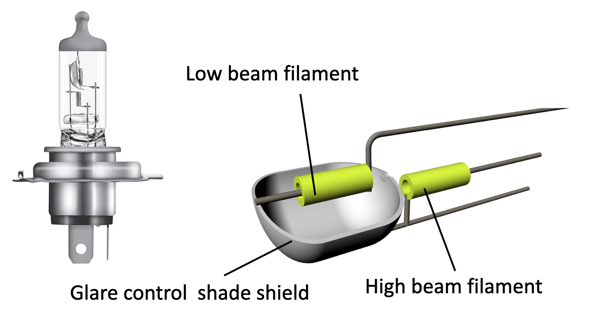 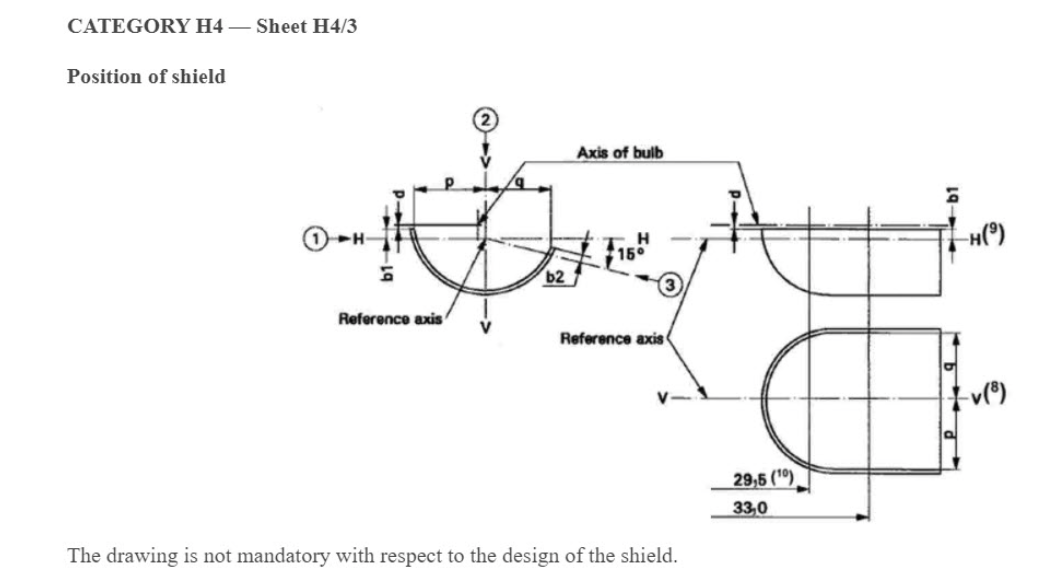 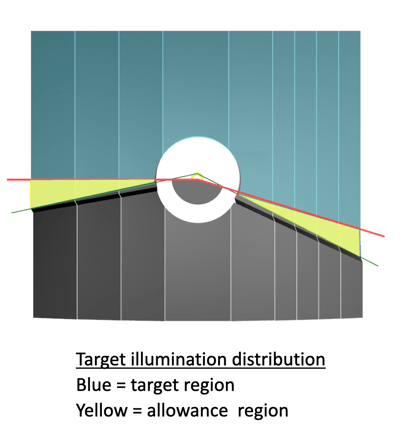 Since the filament of a halogen bulb has a 1.4mm diameter, the ray from the filament's peak can reach a slightly lower angle than the primary ray group. Yellow is a marginal region to accept in such a group.

Ideal H4 illumination distribution shall look like a Blue highlighted zone above.

Priority is NOT to generate glare. The shade cup comes standard with all aftermarket H4 LED bulbs, but the LED chip is unregulated, and the shade cup placement does not assure a proper glare cut.

Generally, the shade cup has a reflective finish, enhancing illumination efficiency, but none of the products aim to fill the illumination range. They are bouncing probability reflection, which does not optically illuminate the target surface. 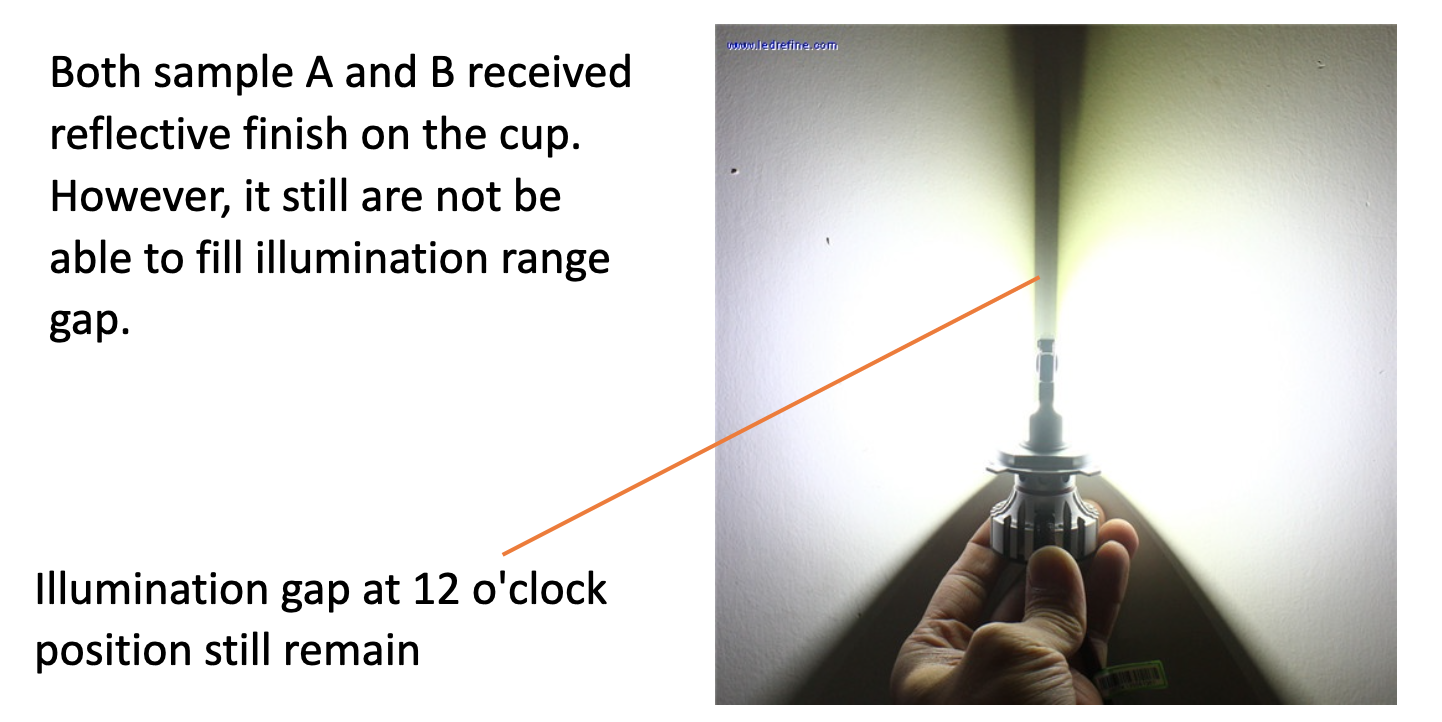 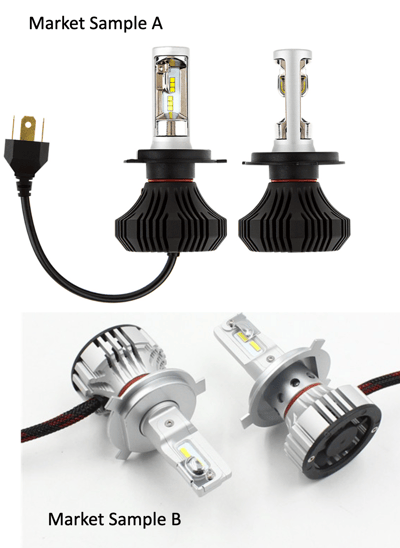 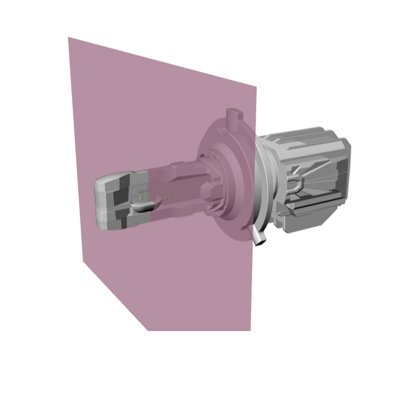 The Ellipsoid reflector focuses rays from one focus point to another. the 2stroke 3.0 H4 bulb uses a modified adjusted ellipsoid reflector integrated into the inside wall of the shade cup, which creates a secondary virtual lighting point just outside of the LED emission surface. 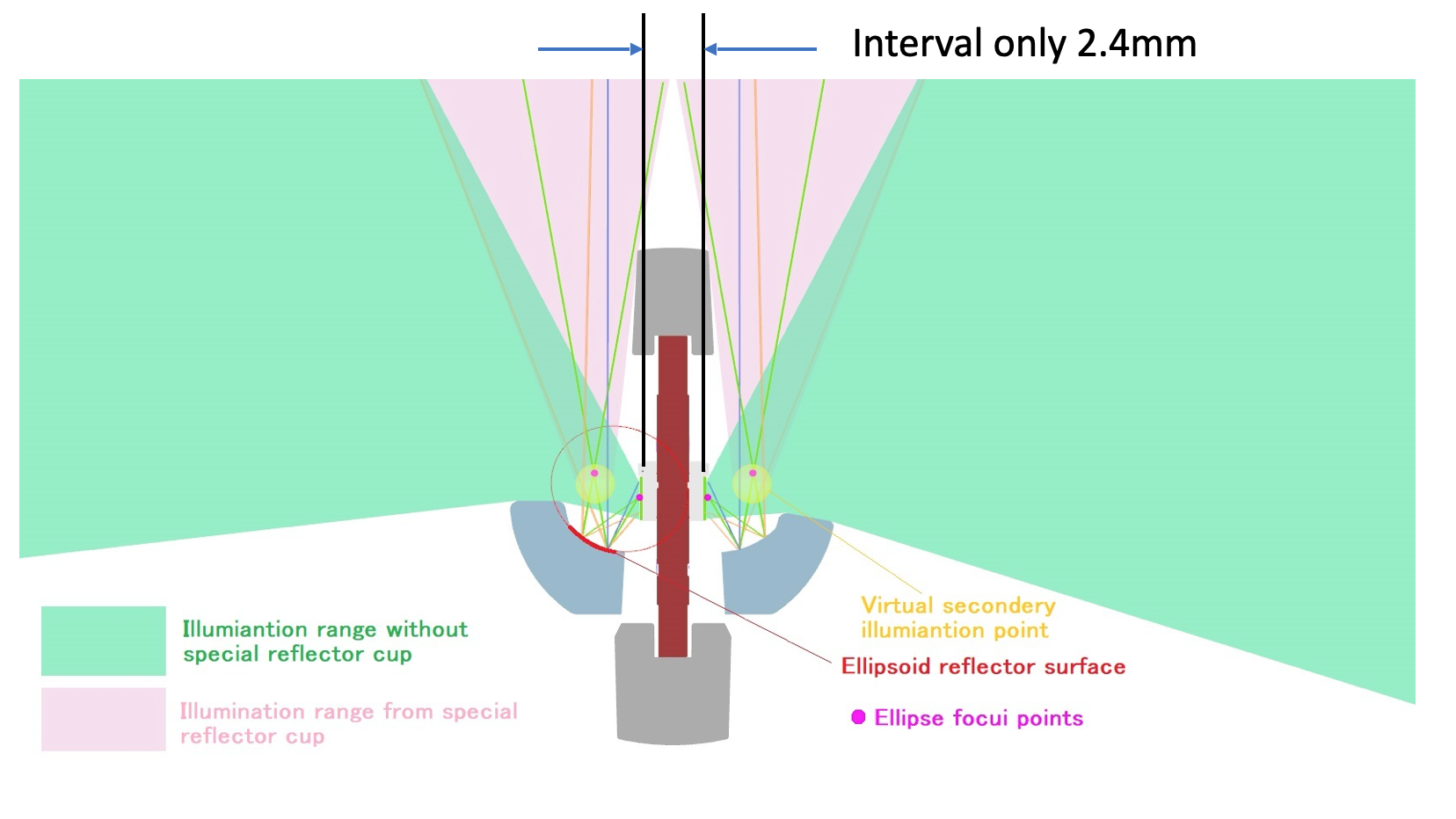 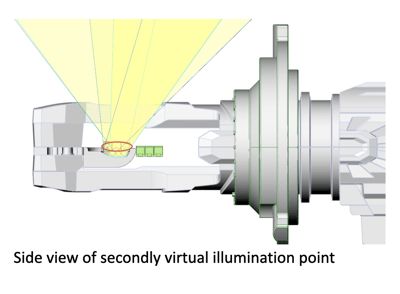 The second virtual illumination point size must be the same as the first light-emitting surface since the optics are designed based on the H4 halogen filament illumination character.

This unique virtual illumination point generator can be only possible with the 2Stroke 3.0's unique cooling system, which allows the LED's light-emitting surface interval to be only 2.4mm (thinnest in Market, single filament model is as thin as 2.0mm)

Unlike other LED bulbs that rely on thermal conductivity on the heat sink to bulb front bridge material conduction, our unique cooling system uses PCB itself as one of the prominent heat sink fins. This feature allows the bridge to be much thinner.