If you are looking to purchase a set of Morimoto LED headlights, you may have noticed that they offer two different types of LED housings. There is the XB LED and the XB Hybrid. But what are the differences between the two, and which should you buy? 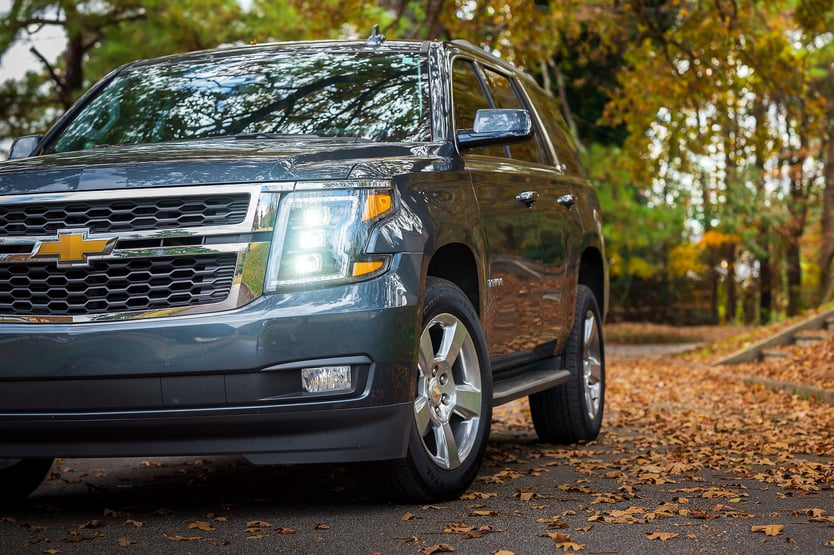 Today we will be looking at just that while breaking down all the cool features the two DOT-Compliant Morimoto headlights share. Morimoto has been in the business of making quality LED products for quite some time now and they have always brought great products to the table. Whether they be their famous 2Stroke LED bulbs or their full LED headlight and taillight assemblies.

What are the XB LEDs?

These headlights are absolutely PACKED with features and functions. One of the first things you will notice is the prominent daytime running light (DRL). While DRLs are commonplace in the aftermarket headlight world, Morimoto’s are just built to such a clean specification that you can tell an XB LED apart from another headlight assembly’s DRL.

That DRL will go around the full perimeter of the headlight assembly and will dim down to 50 percent of its running brightness once you turn on your headlights. The DRL also functions as an amber turn signal that can be changed from a sequential signal to a standard blinker. This is controllable by plugging in or unplugging the turn signal connecter on the rear of the housing.

Between the DRLs are 2-4 LED projectors. While the exact number of projectors depends on the specific product, you are getting bi-LED projectors that give you a crisp beam pattern. The cut-off lines are incredibly sharp, and the headlights give off this cool, white color with a hint of blue.

The performance of the XB LEDs blows your stock headlights out of the water. Not just in light output, of which the XB LEDs often double the amount of useable light, but also in the beam pattern. With the XB LEDs, you are getting a wider beam pattern with stronger, more usable light intensity.

As with your OEM headlights, the XB LEDs are fully adjustable. Just grab a Phillips screwdriver and follow our guide on how to aim your headlights here!

In the looks department, Morimoto has you covered. They paint each headlight in a piano black interior to have their headlights fit with almost any vehicle color or build style. To protect these headlights from wear and tear, Morimoto uses a UV-resistant polycarbonate lens. Morimoto also includes a start-up sequence to greet you each time you get in your car. Some of their headlights will also come in an amber DRL, as opposed to just a white DRL.

And if you are concerned about the reliability of these headlights, they are fully LED, meaning there are no bulbs to go bad or parts to replace. When it comes time to install them, the process is fully plug-and-play thanks to Morimoto designing these housings with the factory connections and mounting points. And if you are still worried, the 5-year warranty has your back.

The only wiring you will need to do is to route the Morimoto DRL harness to your fuse box and connect the harness to each of your headlights. It is a super easy process that requires no fancy electrical work.

What are the XB Hybrids?

The XB LEDs are the ‘oldest’ per-say of Morimoto’s headlight line-up. It is what started the brand and with the introduction of the XB Hybrids in 2021, the XB LED is now the premium line of Morimoto headlight assemblies. 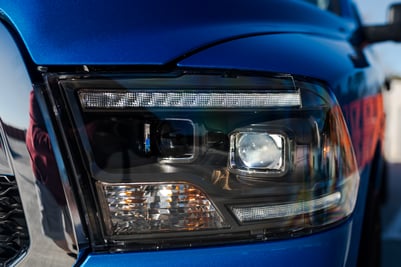 Yet, the XB Hybrids share many of the same features. You will find the same, powerful DRL and fully LED assembly. The biggest difference, however, is that the XB Hybrid utilizes the OEM turns signal bulb. When you make the transition from your stock headlights to a set of XB Hybrids, you just need to unplug the OEM turn signal bulb and then plug it into the Morimoto socket. On the other hand, you could also plug in an appropriate LED turn signal bulb, like these from GTR Lighting.

Another big difference is the color of the housings. The XB Hybrids come in a graphite grey backing as opposed to the piano black of the XB LEDs.

Most XB Hybrids also have separate projectors for the low and high beams which also means they have separate adjusters. It allows an extra level of fine-tuning to your beam pattern that the XB LED does not offer. In terms of light output, the difference is clear but negligible in the grand scheme. Regardless of which housing specification you choose, both will be brighter than your stock headlights. Since these are not as feature-packed as the XB LED housings, these come at a lower cost to you. If you want to save a few bucks to put more money into a different mod, but still want a set of custom headlights, the XB Hybrids are for you.

Which Should I Buy?

When deciding on Morimoto housing, your decision will come down to three key points. How much are you willing to spend? What features do you need/could do without? What style of headlight do you like?

These answers and their specifics will change based on the car or truck you are purchasing for as well as the year of the truck. While Morimoto makes a considerable range of headlights for different vehicle YMMs, their development process and standard for meeting/exceeding DOT requirements, means they do not offer as many headlights as cheap, marketplace brands do.

The premium XB LED housings will typically run you between $850 USD to about $1,800 USD. These housings are fully LED and offer all the bells and whistles we discussed before. Sometimes places like The Retrofit Source or Headlight Revolution may have closeout sales, but for the most part, you can expect to pay a fair amount for these.

Hybrid LED headlights will cost around $700 USD to $1,400 USD. The higher end of that range applies to the likes of the Ford Super Duty and other big trucks. The same goes for the premium XB housings, whereas the more expensive housings are for large pick-up trucks.

From the XB to the Hybrid, the major difference between the two is the omission of the LED sequential turn signal on the Hybrid model in favor of the OEM incandescent bulb. If you are really wanting that DRL-based sequential signal found on all the premium XB housing, and can afford to spend the cash, then go for it. You will not be disappointed.

All the fancy signals and the crazy-looking projector headlights may not be to your taste. We really enjoy the design of the Hybrid-R housing Morimoto made for the 2018-2020 Ford F-150 over the XB LED version. You may also be a fan of the graphite finish on a Hybrid model or the amber DRL on an XB housing.

Whether you go with the XB Hybrids for their affordability and fantastic light output, or the XB LEDs for the plethora of features, you really are not making any wrong decisions here.