Fluted, Fresnel Lenses, TIR Optics: How do They Work?

Fluted, Fresnel Lenses, TIR Optics: How do They Work?

In order for some headlights and pod lights to create a beam pattern, they require the use of fluted lenses. When the light shines through these altered clear glass or plastic pieces, the light is refracted to create a specific shape that is designed by the engineers to be most effective for the application. 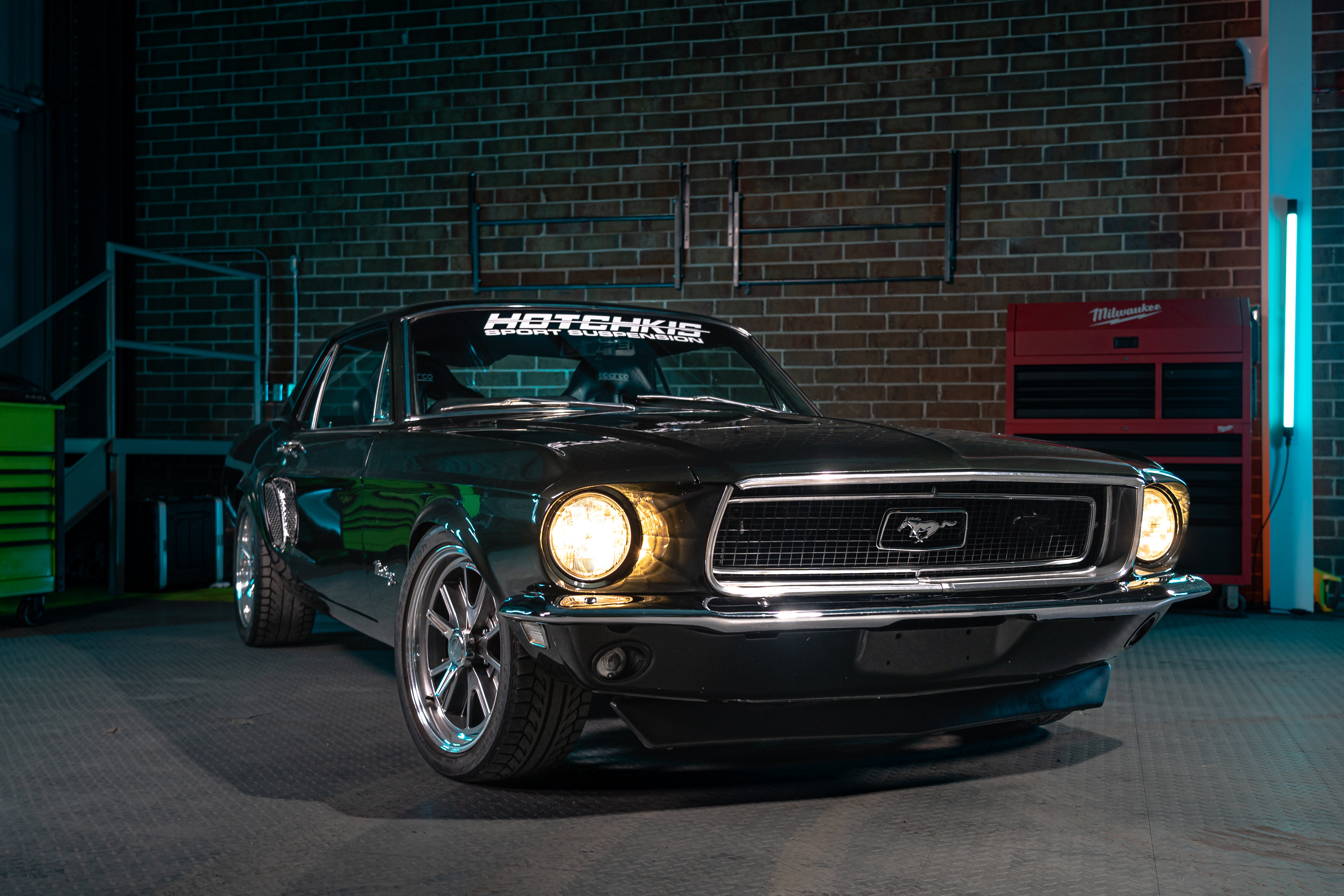 Granted, this may not always be the case and fluted lenses are not as common in modern headlights as they were 20-30 years ago. The practice reverted to internal reflectors that instead create that beam pattern. Either way, it is important to understand how they work so you can make informed lighting purchases.

Physically speaking, the fluting on a headlight lens refers to the grooves cut into the lens. You will most likely find this type of lens on older cars. The most common example is the classic sealed beam headlights.

Fluted lenses will also be referred to as a Fresnel lens. With Fresnel lenses, there are two types: imaging, and non-imaging. We are discussing the imaging lens that uses the grooves in the lens to refract light. 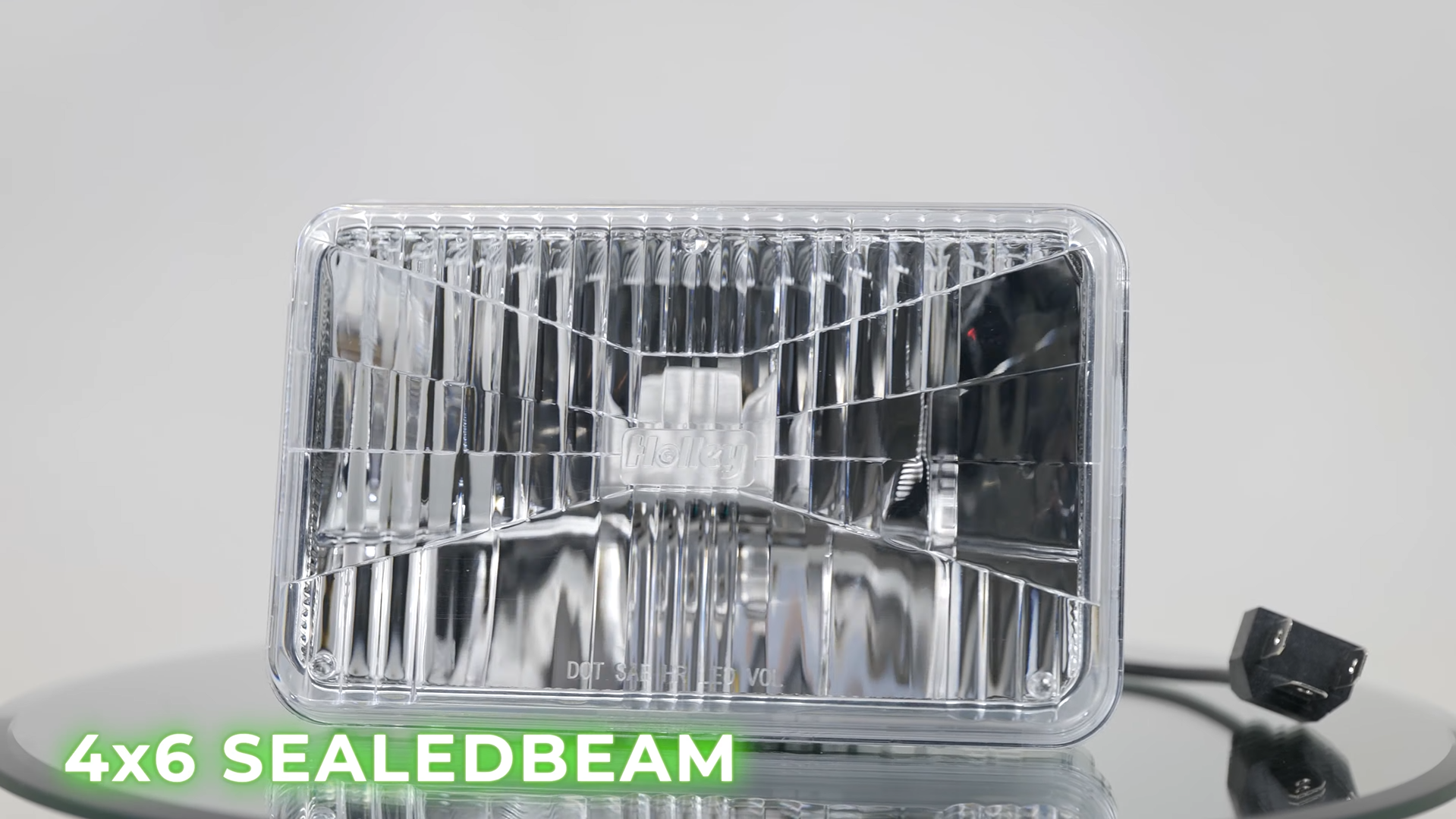 The sealed beam headlights require the use of these lenses because the bulb inside of the housing only emitted the light, it did not project the light in the shape of the beam pattern. In a similar fashion, lighthouses used giant examples of these lenses to project light sharply out of their towers to aid seafarers.

Other uses include screens on those huge Cathode-Ray Tube (CRT) television sets, flashlights, searchlights, projectors, and some photographic lenses like on the Polaroid SX-70.

Changes to the United States road safety standards by the National Highway Traffic Safety Administration (NHTSA) meant the traditional sealed beam headlight were on their way out of use. You can commonly find sealed beam headlights on some mid-2000s Jeep models, modern commercial vehicles and equipment, and current emergency vehicles.

In those examples, the homogeneity of the headlight types makes for easy replacements and sourcing replacements. For the type of vehicle primarily used as a workhorse and therefore more prone to intensive use, this process makes sense.

A recent exception to this rule has been the Holley RetroBright LED headlights. These were specifically designed for any car or truck that has a standardized sealed beam headlight, but moreover for the classic car market. 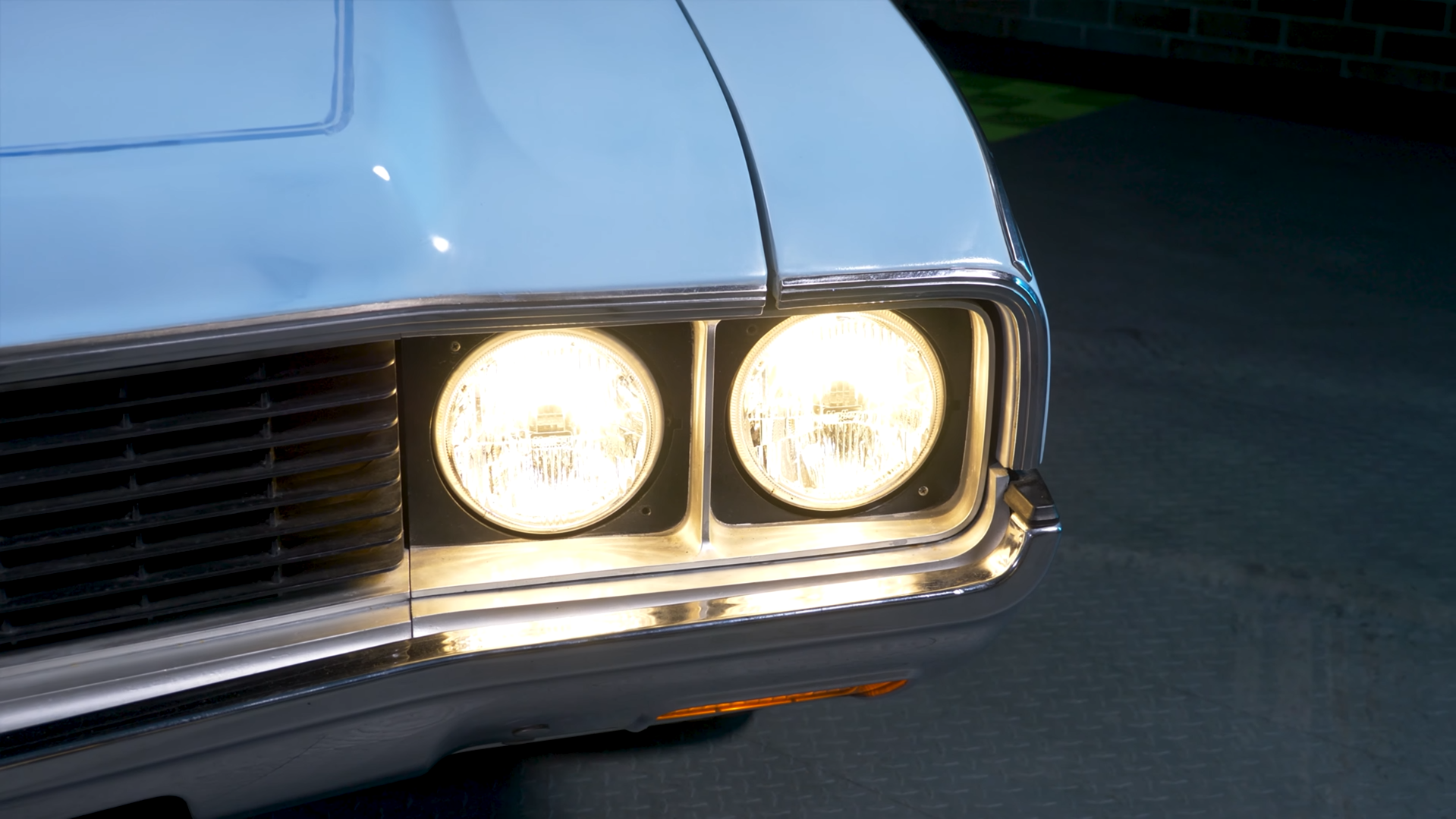 THE ADVENT OF REFLECTOR HOUSINGS

Beyond those vehicles, consumer cars and trucks started using reflector headlights that allow for better beam pattern distribution and effective use of the light output.

When in the early 2000s as the safety, cost, weight, and the advent of reflector headlight housing began to emerge, the need for more effective headlights that work with more aerodynamic designs was required.

While there have since been stronger, and more efficient ways to create beam patterns using halogen headlights, this model has proven effective for the last 15-20 years. 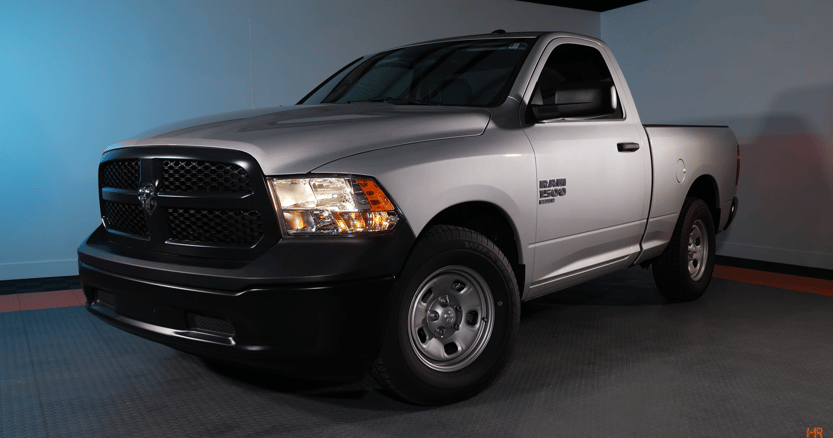 Their performance, at the time, was better than the sealed beams thanks to the use of the reflector housing that allowed the beam to be crafted to meet a certain standard. In turn, drivers got a beam pattern that was able to cover more of the road and one that was much sharper in its shape.

Most notably, modern headlights often use separate bulbs for the high and low beams. Instead of H4 you'll commonly see 9008/H13 for dual filament bulbs instead. Finally, the US introduced having each bulb dedicated to its own function, this is called single filament bulbs.

A downside of these reflector housings derives from how they are made and what they are made with. Modern headlights are rarely cross-compatible with other cars, even of the same brand or model generation. This results in not having immediately accessible replacements.

Second, modern headlights use plastic lenses that can haze after exposed sun exposure. Granted, there are ways to prevent and fix this, but it is a problem, nonetheless. With sealed beam headlights, they were easily replaceable, and your biggest worry was the glass lenses shattering. 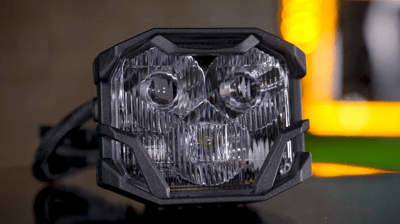 A somewhat recent advancement in LED pod light technology is the Total Internal Reflector (TIR). The concept itself is not new, dating back to the early 1800s, but its practical use in off-road pod lights is new.

The most common real-world example you may find is when an object inside a body of water hits the surface, an image will appear along the water surface. The angle of this object and how it is viewed are influenced by the incident angle and the critical angle.

To make the light shine through the surface, the incident angle (angle of the object) is created than the critical angle (the angle between the surface it is reflecting through and the object). Where this ties into TIR optics, is by using this concept, the pod lights can create more light with less power thanks to multiple refractions of the light.

Morimoto’s popular 4Banger LED pod lights utilize this technology and are able to generate more light output with only three LED chips, as opposed to the industry standard of four. In losing the fourth chip, the 4Banger has a much smaller footprint than its competitors. 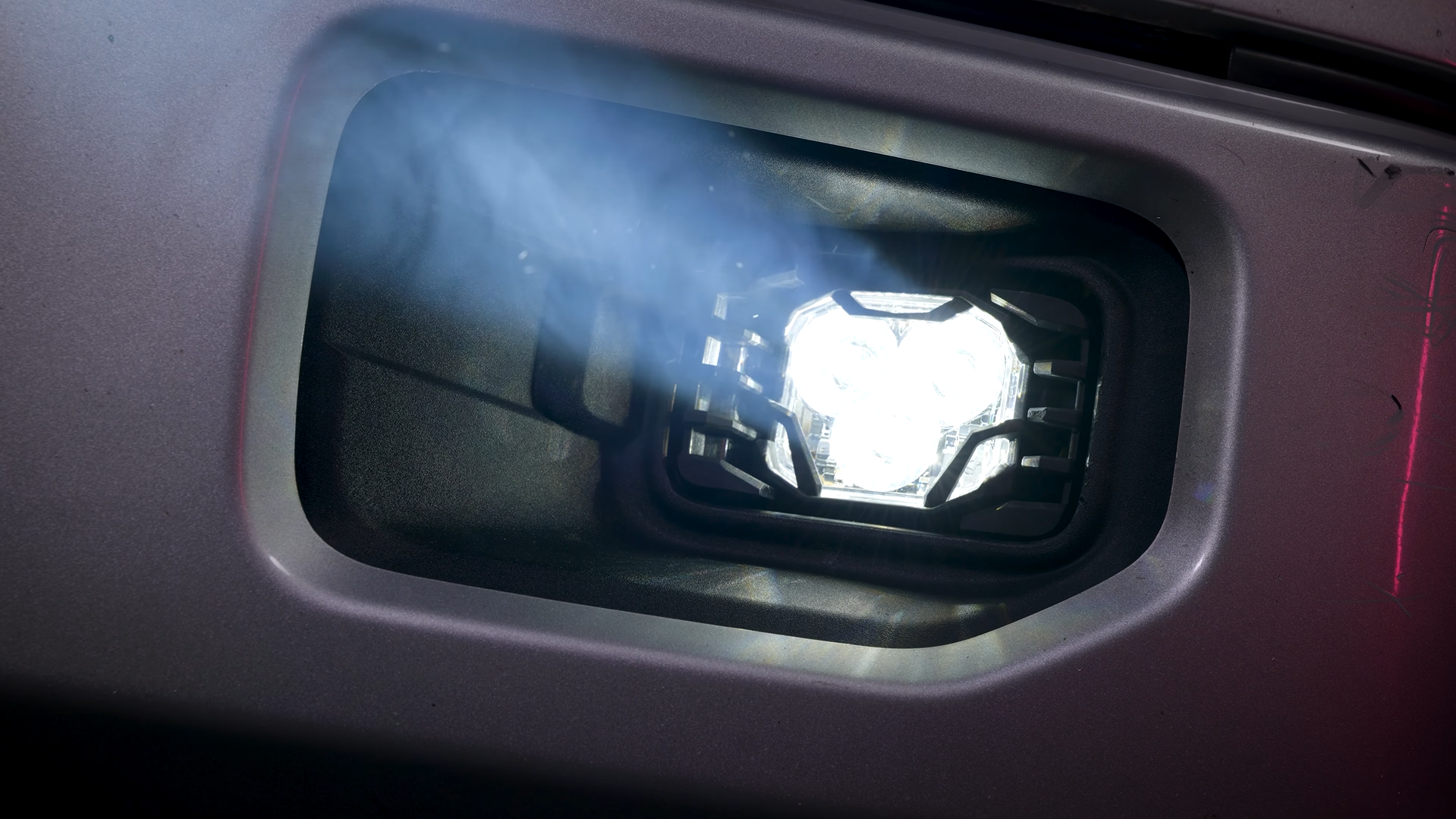 As innovation has it, and car design changes, a need for a more compact headlight design was needed. Projector lenses have begun to fill that void. This also comes with the advancements in LED technology that also leads to space-efficient bulbs.

Regardless of whether the projector uses a halogen bulb, HID bulb, or LEDs, the projector is designed to hyper-focus the beam pattern to generate sharp cut-off lines and deliver a stronger light output for the hardware behind the projector.

Remember those fresnel lenses we mentioned before? They are commonly used in projectors to create that beam pattern, but with a slight have to the cut-off lines. You may want the sharpest cut-off lines a beam has to offer, but doing so can lead to a couple of issues. The first is that when your car goes over bumps, the contrast between the beam being aimed towards oncoming drivers and then away, even slightly, makes them think you are flashing them.

The second would be how your eyes perceive your headlights at night. The sharp cut-off lines proved to be just a little too sharp for drivers, leading to the use of Fresnel lenses in projector housings. Reducing the sharpness allows for a more natural transition from light to dark, while also not confusing oncoming drivers.

With exceptions to the Honda S2000 and the Acura TSX projectors, OEM projector headlights only come with Fresnel lenses to be in compliance with DOT regulations.

If you are interested in learning more about projector lenses, we discussed the ins and outs of Fresnel versus Clear Projector lenses here! 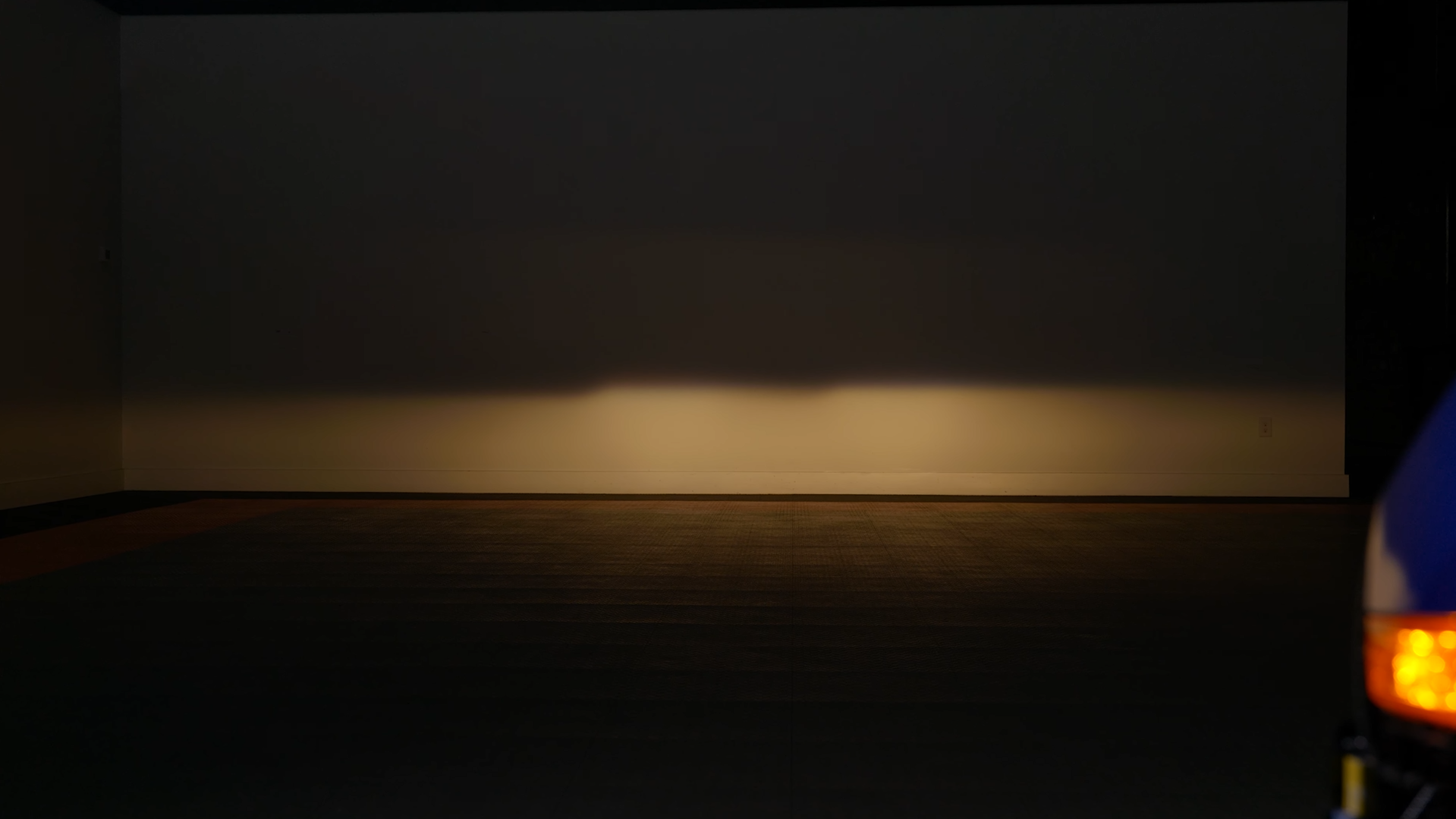 One of the most common cars to utilize projector headlights with a halogen bulb is the outgoing 10th generation Honda Civic (2016-2021). You can, however, swap the halogen bulb out for a 9005/H10 LED bulb or you can upgrade the whole housing to the OEM LED or an aftermarket LED housing, like this Morimoto XB LED headlight.

As illustrated here, there are several ways to accomplish the same objective and an equal number of efficiency levels for said missions. Car headlights have come a long way over the last 120 years, and we are positive that things will improve as old regulations are put out and new ones are created.