Only a handful of vehicles made in certain years, from a few manufacturers use a CK wired socket. Sometimes different car and truck manufacturers will change the type of wiring configuration they will use to power turn signal and brake light bulbs. Normally you would have Positive and Negative terminals on either side of the bulb, but the “CK” type wiring is different.

A CK/SRCK is wired differently than the usual sockets you see in most Japanese, and American vehicles: 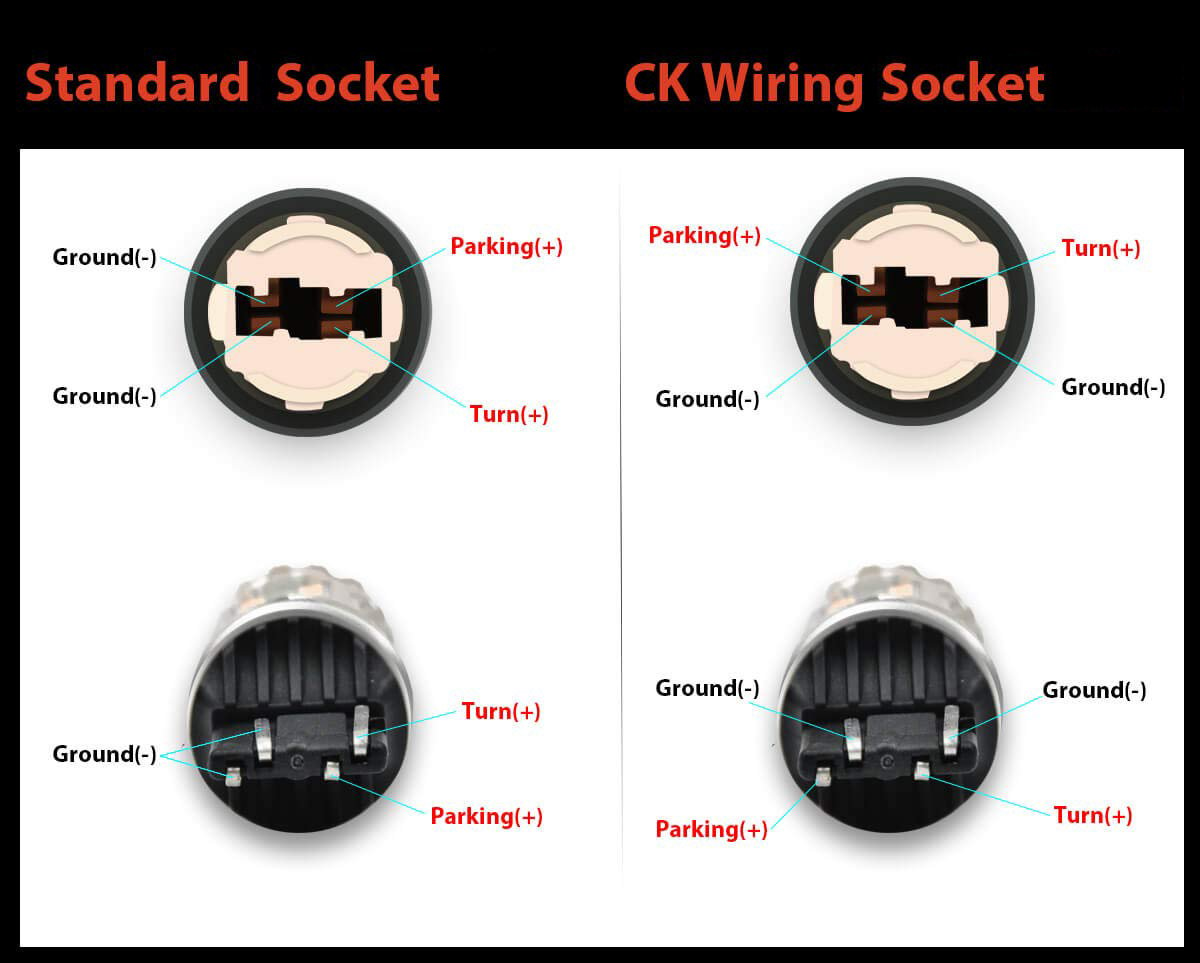 These wire configurations are found on 3157 and 7443 bulbs. The LED bulbs for these applications will have special technical components built into the LED bulbs that allow them to work for either type of socket.

The position of the contacts in the socket is the only difference. The bulbs and the sockets look identical – the only way to know the difference is to test with a multimeter!

If you install a non-compatible bulb there’s a possibility it will blow the protection circuit fuse and you will have to replace the fuse and install the correct bulb. Sometimes if you use the wrong bulb it will simply not work correctly, without blowing a fuse – that depends on the vehicle. 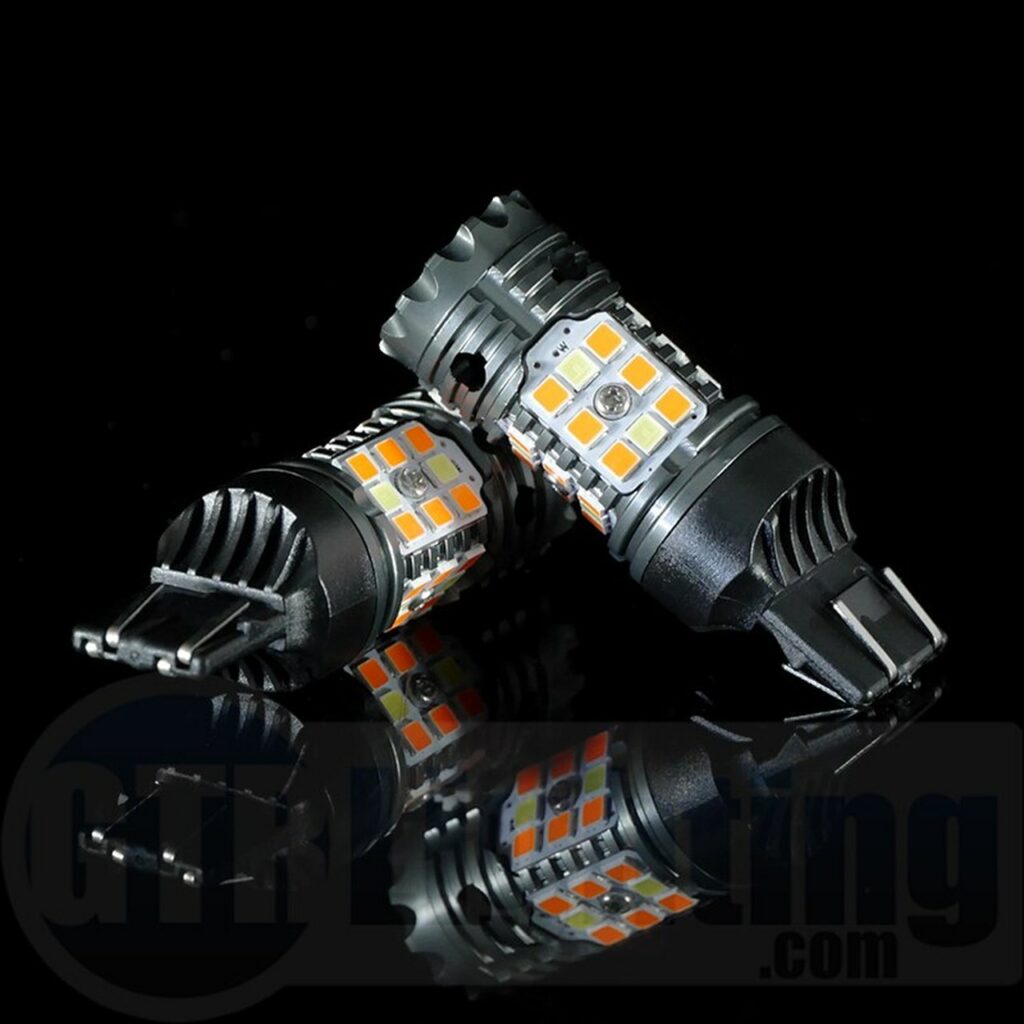 How to Identify Your Socket Type

If you are driving a more popular vehicle, chances are someone on the internet has already solved this problem for you. Searching through vehicle-specific information on YouTube, Facebook Groups, or forums will give you may be more exact than the answers we can provide.

While the previous point may bring you the answer you need, but it may not be the one you are looking for. We highly recommend you do your own testing in case the information they provided, or it may be possible that the manufacturer of your vehicle changed the socket style from one month of production to the next! There doesn’t seem to be any real indicator as to why one vehicle uses standard style, and another vehicle uses “CK” style sockets…

From our experiences, many TOYOTA vehicles' front turn signal sockets are a CK type. Sometimes, you can even see there are two metal terminals inside the socket connected directly which means they are the shared CK-Style ground terminals. Sometimes you may be able to identify the ground terminal locations from the wires on the back of the socket. A test is still required in order to confirm the type.

Also, your original bulb will tell you if it is a CK or standard, most CK bulbs will say SRCK on the bulb base.

To do the testing we recommend you use a digital multimeter, but a test light may also work. If you are not a qualified and trained technician we recommend that you hire one to decide which type of LED bulbs to purchase. Please remove all tail light bulbs before testing, otherwise, the filament in the brake circuit will read as a “false ground”.

Here is a list of possibly confirmed vehicles that use CK-style sockets (NOTE: You must test your sockets BEFORE you purchase your new GTR Lighting LED bulbs):

If you have any more questions about your bulbs, reach out to our customer service team here. We will be able to assist you in all your lighting needs.